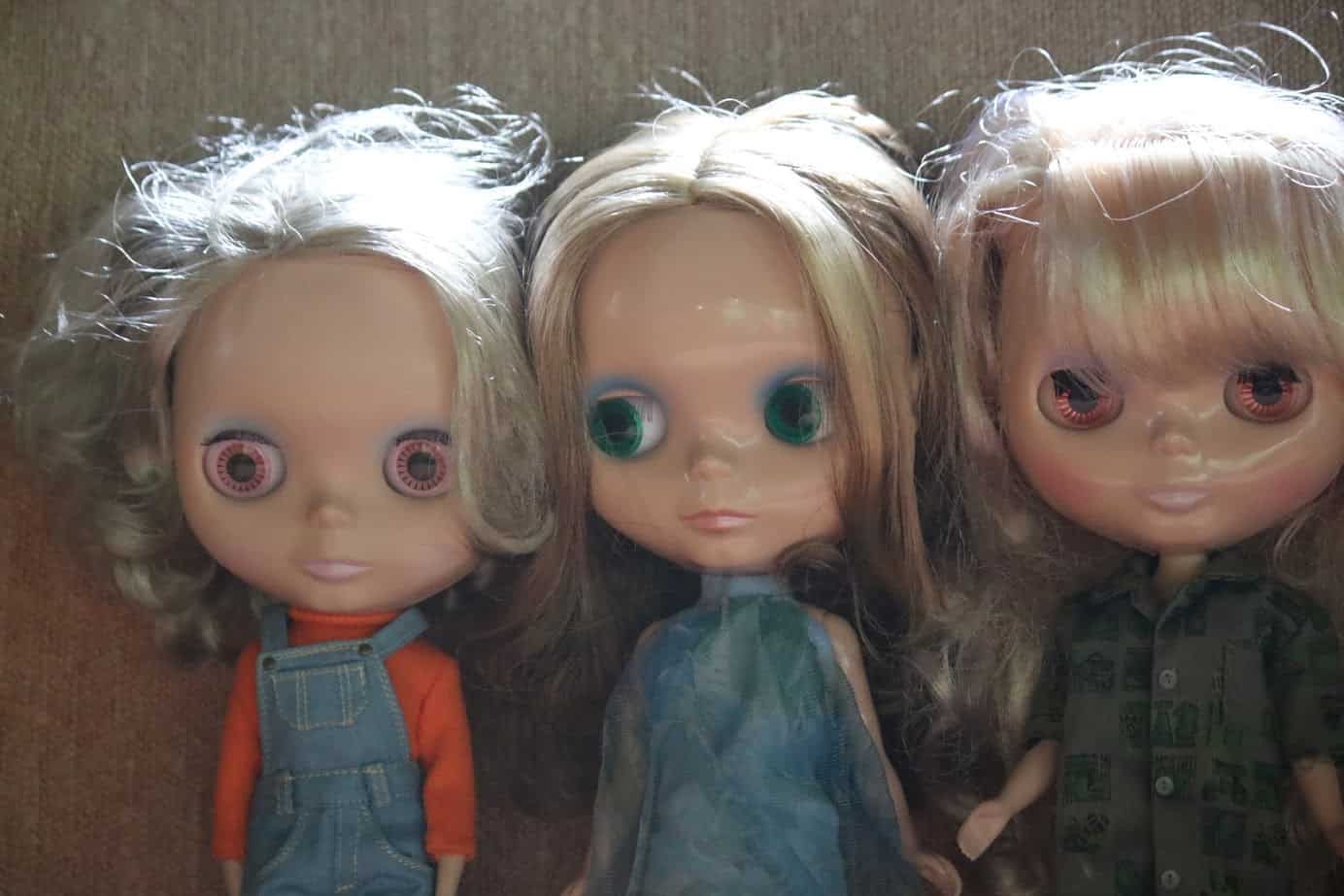 Where to buy a new Blythe doll

Unless you’re in Japan, or you get very lucky at a thrift store and find an original Blythe, you probably can’t buy these dolls in person. However, there are many options for purchasing Blythe online.The easiest thing to do if you want a genuine, new, in-box, Takara brand, stock clothing and accessories included Neo-Blythe doll is to go to Junie Moon. There you will find new release dolls, news of upcoming ones, and a collection of older stock (whose price you might notice slowly increasing, depending on demand and rarity).

Junie Moonie ships from Japan, and in fact has a brick and mortar store in Tokyo. Other options are the Hong Kong-based KGH Hobby, and C.C. Toys. The latter offers free shipping, but if you’re looking for a particular doll, it’s worth shopping around in order to get a sense of the best available price. In all three examples, the shipping is extremely fast.

Another Japanese storefront that offers international shipping is Mandarake. A modicum of caution might be advised there, since individual sellers are offering the dolls. However, the site is tied to the enormous brick and mortar toy store in Japan. Listings seem to be between new and used, as many items are listed as never removed from box but with damaged box. Many, however, are bonafide used. For international buyers, it is a little unsettling to check out, because the store doesn’t immediately tell you the shipping costs. I selected a Petite Blythe in box and a stock Blythe outfit for a regular-sized girl. The shipping cost there ended up being about $18, which is not bat at all for shipping from the US to Japan. Shipping also took less than a week, as was the case in all of the above mentioned stores.

Things to keep in mind are currency differences (just google the conversion, it will take one second), and shipping costs. For a full-sized Blythe in box, you are going to pay an average of $30, or it is going to be included in the cost of the doll with “free” shipping. Look around and compare prices to make sure you’re getting a good deal, but most of these sites come highly recommended.

Where to buy a used Blythe doll

There are many other websites where Blythe can be found, including the above mentioned Mandarake. Good old Ebay is a haven of used and new dolls with various prices. The fear of a counterfeit doll is always there — and models such as Simply Mango and Simply Guava are, or have been in the past, apparently popular offenders. However, even with a more expensive purchase such as Blythe, most people are not trying to rip you off. Confirm that the seller has perfect or very near perfect feedback. Ask any questions if you don’t feel right about the item. If it doesn’t feel right, look elsewhere.

Ebay also has customized dolls, Kenner dolls — with the fierce bidding wars and shockingly high prices expected –, and so-called “factory dolls.” Factory or TBL Blythe deserve a whole other section, but they are what they say, namely, not a real Takara release. Some customizers of Blythe use factory dolls, some use real releases, a trustworthy customizer will tell you what they used. (Someone re-selling a custom doll may or may not know the original base doll. In that case, it’s up to you, the buyer, to judge if you want it or not.)

Etsy is also a place to find Blythe, though mainly you find the arty, highly expensive ones. However, extra special customizers such as Dear Girl Face, and MissFreyaJ have stores, usually on Etsy. Again, the “fairness” of the price really depends on you, the buyer, and whether it’s the doll of your dreams or not. Some stores do layaway or payment plans, and it never hurts to ask if that’s an option. I can vouch for Dear Girl Face and Miss Freya’s dolls and customer service personally, but there are countless other artists out there.

Facebook groups are also a good resource for new and used Blythe. I’ve found several bargains in Dolly Adoption (not entirely Blythe, but heavily Blythe) and 100% Stock — Blythe Dolls and Adoptions. There are some seriously prolific collectors out there, and people are often seen selling off their less loved girls. As someone who doesn’t care about pristine dolls, I’ve also found the Facebook groups to be a great place to get a doll that’s traveled around a bit, but is still adorable. It’s also a good way to easily acquire a cross-section of Blythe face molds. (Yep, the difference may be fairly subtle, but since Blythe’s return in 2001, there have been several different molds released by Takara. Each have their fans and their detractors.)

In short, for a rare collector doll that is based in Japan, there are plenty of options for the US or other buyer.

link to Blythe and Creatable World Doll Clothes: Do They Fit?

A Creatable World doll (left) and a Sarah Shades Takara Blythe on a normal body, both wearing Creatable World Clothes from the same set We learned whether Barbie clothes fit Blythe dolls. The...

Continue Reading
link to Playmobil: The Ten Weirdest Sets Ever Made

In their decades of existence, Playmobil toys have been made in all sorts of themes. From space to country to zoo to pirate, all of the necessary childhood fun is represented. More recently,...

Hi, I'm Lucy Steigerwald, the founder of toyshelfmag.com. Here, I share my passion for the toys that enriched our childhoods and fascinated us as adults. Toyshelfmag.com is a website for adult collectors of kawaii, vintage, and antique toys with a Heavy focus on Blythe, Holala, Wonder Frog. Check back often for fresh content!